XTB financial results for the 3rd quarter of 2022

In the third quarter of 2022, the Group’s revenues increase by 95,6% y/y, i.e. from PLN 200,0 million to PLN 391,3 million. Significant factors determining their level were high volatility in the financial and commodity markets and the constantly growing number of active clients (increase by 36,8% y/y), connected with their high transaction activity expressed in the number of contracts concluded in lots. As a consequence the transaction volume in CFD instruments amounted to 1 595 thousand lots (Q3 2021: 1 044 thousand lots), and a profitability per lot amounted to PLN 245 (Q3 2021: PLN 192). 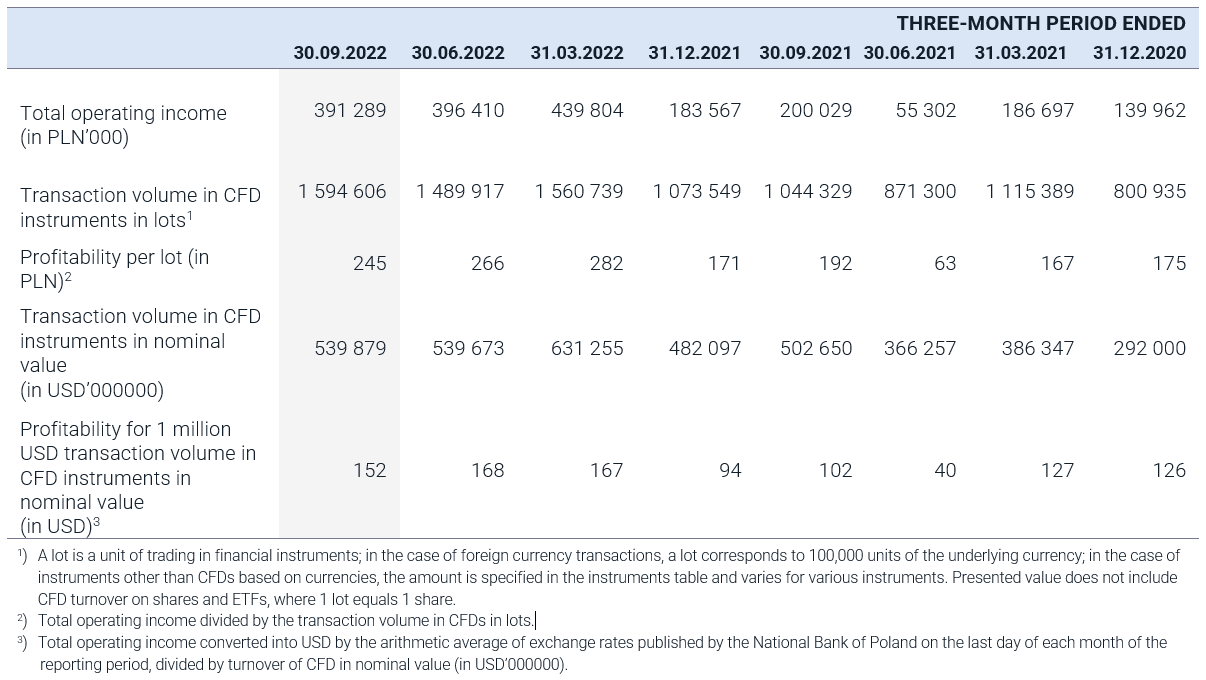 XTB has a solid foundation in the form of constantly growing client base and the number of active clients. From the beginning of the year, the Group acquired 145 826 new clients compared to 146 427 a year earlier, which means a slight decrease by 0,4% mainly due to high base from the first quarter of 2021, while the number of active clients was record high and reached the level of 224,3 thousand compared to 160,6 thousand a year earlier, which means an increase by 39,7% y/y.

The priority of the Management Board is to further increase the client base leading to the strengthening of XTB’s market position in the world. These activities will be supported by a number of initiatives, including with the participation of new XTB brand ambassadors. In February 2022, an advertising campaign was launched with the participation of the titled martial arts competitor, the first Polish woman in the UFC organization and the champion of this organization, as well as the three-time world champion in Thai boxing – Joanna Jędrzejczyk.

XTB, thanks to the cooperation with Joanna Jędrzejczyk, started promoting the offered investment solutions, in particular, convincing that investing in various types of assets is available to everyone, using the tools provided that facilitate entry into the world of investments: through daily market analysis, as well as numerous educational materials. 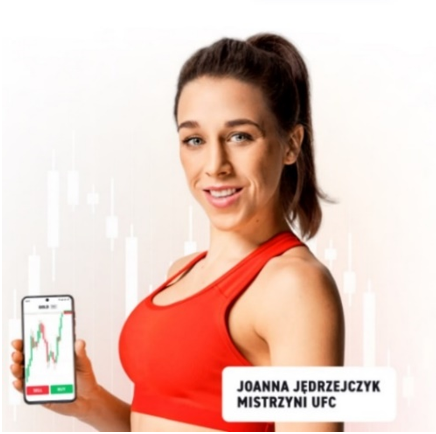 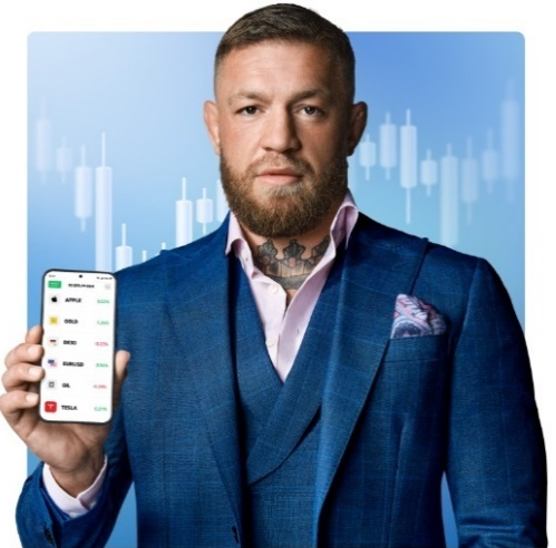 In September 2022, promotional activities were launched with the participation of Conor McGregor, another XTB brand ambassador – an Irish mixed martial arts (MMA) fighter and the UFC. Conor McGregor is the biggest martial arts star in the world and the best rewarded athlete according to Forbes’ list. Conor is not only a fighter, but also a successful person in business as an investor in many interesting projects.

The face of the XTB brand is also Jiří Procházka, a Czech fighter, one of the leading MMA fighters, UFC champion. Thanks to this cooperation, XTB plans to continue its intense promotional activities. 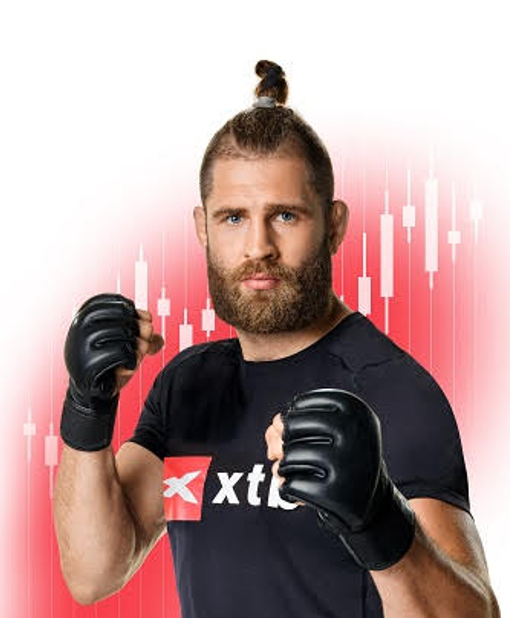 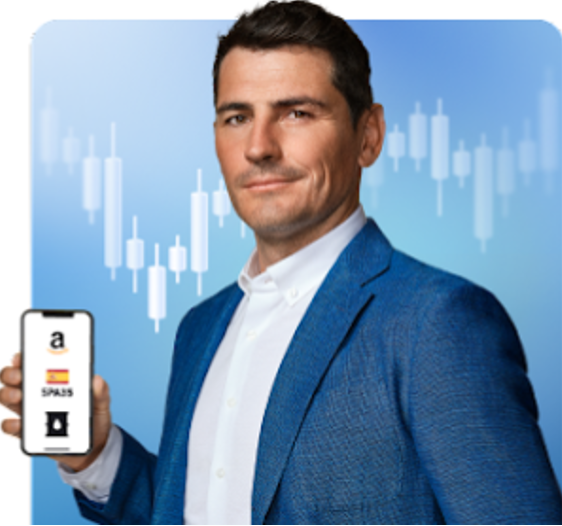 The team of XTB ambassadors was also joined in 2022 by Iker Casillas, a former Real Madrid footballer, considered one of the best goalkeepers of all time. He is currently the Deputy Director General of the Real Madrid Foundation.

XTB, thanks to the cooperation with such personalities as Joanna Jędrzejczyk, Conor McGregor, Jiří Procházka or Iker Casillas started promoting the offered investment solutions, in particular, convincing that investing in various types of assets is available to everyone, using the tools provided that facilitate entry into the world of investments: through daily market analysis, as well as numerous educational materials.

Looking at XTB’s revenues in terms of the classes of instruments responsible for their creation, it can be seen that in the third quarter of 2022 CFDs based on index were in the lead. Their share in the structure of revenues on financial instruments reached 37,6%. This is a consequence of high profitability on CFD instruments based on the US 100 index, Warsaw Stock Exchange index WIG20, the German DAX index (DE30) or the US 500 index. The second most profitable asset class was CFD based on currencies. Their share in the revenue structure in the third quarter of 2022 was 31,0%. The most profitable instruments in this class were CFDs on currency pairs EURUSD, USDPLN and GBPUSD. Revenues on CFDs based on commodities accounted for 27,7% of all revenues, where the most profitable financial instruments in this class were CFD based on gold, oil prices and natural gas prices. 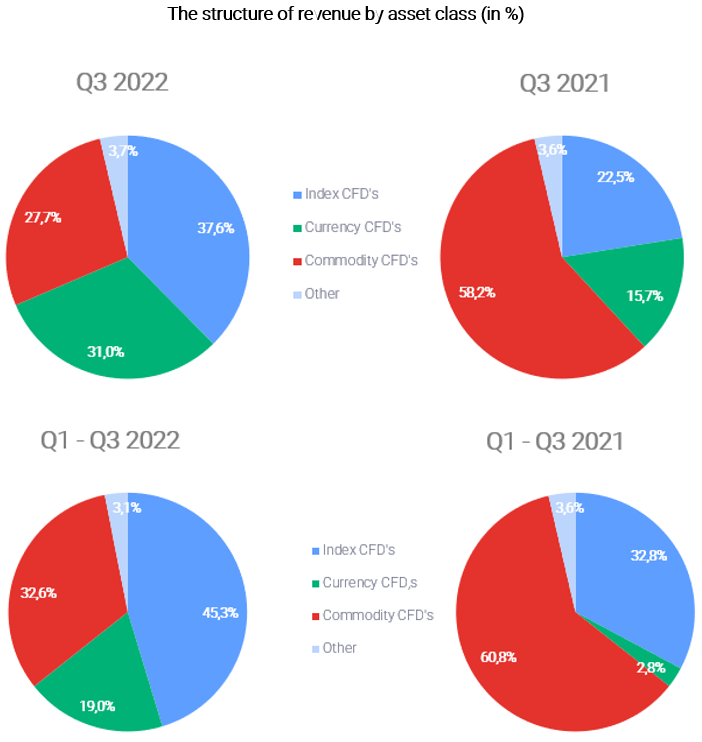 XTB places great importance on the geographical diversification of revenues, consistently implementing the strategy of building a global brand. The country from which the Group derives more than 20% of revenues each time is Poland, with a share of 49,3% in the third quarter of 2022 (III quarter 2021 r.: 32,2%). Due to the overall share in the Group’s revenues, Poland was separated for presentation purposes as the largest market in terms of revenues in the Group. The Group breaks down its revenues by geographic area according to the country of the XTB office in which the client was acquired. The exception is the Middle East region, which also presents revenues from clients from this market acquired by the subsidiary XTB International Ltd. based in Belize.

XTB puts also strong emphasis on diversification of segment revenues. Therefore the Group develops institutional activities under X Open Hub brand, under which it provides liquidity and technology to other financial institutions, including brokerage houses. Revenues from this segment are subject to significant fluctuations from period to period, analogically to the retail segment, which is typical for the business model adopted by the Group.

XTB’s business model includes high volatility of revenues depending on the period. Operating results are mainly affected by: (i) volatility on financial and commodity markets; (ii) the number of active clients; (iii) volume of concluded transactions on financial instruments; (iv) general market, geopolitical and economic conditions; (v) competition on the FX/CFD market and (vi) regulatory environment.

As a rule, the Group’s revenues are positively affected by higher activity of financial markets due to the fact that in such periods, a higher level of turnover is realized by the Group’s clients and higher profitability per lot. The periods of clear and long market trends are favourable for the Company and it is at such times that it achieves the highest revenues. Therefore, high activity of financial markets and commodities generally leads to an increased volume of trading on the Group’s trading platforms. On the other hand, the decrease in this activity and the related decrease in the transaction activity of the Group’s clients leads, as a rule, to a decrease in the Group’s operating income. Due to the above, operating income and the Group’s profitability may decrease in periods of low activity of financial and commodity markets. In addition, there may be a more predictable trend in which the market moves within a limited price range. This leads to market trends that can be predicted with a higher probability than in the case of larger directional movements on the markets, which creates favourable conditions for transactions concluded in a narrow range trading. In this case, a greater number of transactions that bring profits to clients is observed, which leads to a decrease in the Group’s result on market making.

The volatility and activity of markets results from a number of external factors, some of which are characteristic for the market, and some may be related to general macroeconomic conditions. It can significantly affect the revenues generated by the Group in the subsequent quarters. This is characteristic of the Group’s business model.

In the third quarter of 2022 operating expenses amounted to PLN 132,5 million and were higher PLN 47,7 million to the same period a year earlier (Q3 2021: PLN 84,8 million). The most significant changes occurred in:

•  marketing costs, an increase of PLN 23,8 million mainly due to higher expenditures on marketing online and offline campaigns;

•   costs of salaries and employee benefits, an increase of PLN 12,4 million mainly due to the increase in employment;

•  commission expenses, an increase of PLN 4,4 million as a result of larger amounts paid to payment service providers through which clients deposit their funds on transaction accounts;

Due to the dynamic development of XTB, the Management Board estimates that in 2022 the total costs of operating activities may even be about 50-55% higher than that observed in 2021. The priority of the Management Board is to further increase the client base and build a global brand. As a consequence of the implemented activities, marketing expenditures may increase in 2022 by nearly 70-75% compared to the previous year.

The final level of operating costs depend on the level of marketing expenses, changes in the level of employment in the Group, the amount of variable components paid to employees and the pace of geographic expansion into new markets.

The level of marketing expenditures depends on their impact on the Group’s results and profitability, the rate of foreign expansion and on clients responsiveness to the actions taken. The employment growth in the Group will be driven by its dynamic development, both on the existing and new markets. The amount of variable remuneration components is influenced by the Group’s results.

The XTB dividend policy assumes recommendation by the Management Board to the General Meeting a dividend payment in the amount taking into account the level of net profit presented in the standalone annual financial report of the Company and a variety of factors relating to the Company, including prospects for further operations, future net profits, demand for cash, financial situation, the level of capital adequacy ratios, expansion plans, legal requirements in this area and KNF guidelines. In particular, the Management Board, when submitting proposals for dividend payment, will be guided by the need to ensure an appropriate level of the Company’s capital adequacy ratios and the capital necessary for the development of the Group.

The Management Board maintains that its intention is to recommend to the General Meeting in the future to adopt resolutions on the payment of dividends, taking into account the factors indicated above, in the amount ranging from 50% to 100% of the Company’s standalone net profit for a given financial year. The unit net profit for the 9-month period of 2022 amounted to PLN 712,7 million.

The levels of the total capital ratio (IFR) of XTB on individual days in Q1-Q3 2022 are presented in the chart below.

At the end of the third quarter of this year the total capital ratio in the Company amounted to 168,0%. The total capital ratio informs about the ratio of own funds to risk-weighted assets, in other words, it shows whether the brokerage house is able to cover the minimum capital requirement for market, credit, operational and other risks with its own funds.

XTB invests part of its cash in bank deposits and in financial instruments with a 0% risk weight, i.e. in treasury bonds and bonds guaranteed by the State Treasury. As at September 30, 2022 the total value of own cash and bonds in the XTB Group was PLN 1 611,7 million, which PLN 1 259,7 million was cash and PLN 352,0 million for bonds.